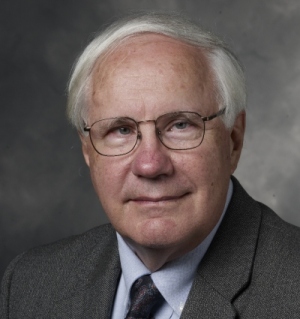 Terry Blaschke is Senior Program Officer, Global Health Discovery and Translational Sciences at the Bill and Melinda Gates Foundation. He is also Professor of Medicine and of Molecular Pharmacology (Emeritus) at Stanford University, Adjunct Professor of Bioengineering and Therapeutic Sciences at UCSF and Adjunct Professor of Medicine at Indiana University. Dr. Blaschke received his medical degree from Columbia University and did his residency training in Internal Medicine at UCLA. Following two years at the NIH and fellowship training in Clinical Pharmacology at the University of California, San Francisco, he joined the faculty at Stanford University in 1974. At Stanford, Dr. Blaschke was Associate Dean for Medical Student Advising, and Associate Director, Stanford General Clinical Research Center. Dr. Blaschke is a past president of the American Society for Clinical Pharmacology and Therapeutics (ASCPT). He is the recipient of the Rawls-Palmer award, the Henry W Elliott award and the Oscar B. Hunter award from ASCPT.

He has been a consultant and past Chair of the Generic Drugs Advisory Committee of the US FDA and a member of the Nonprescription Drugs Advisory Committee. He chaired the Drug Utilization Review Panel of USP from 1995-2000. He has been a consultant to a number of pharmaceutical firms and served on the Board of Directors of Therapeutic Discovery Corporation of Palo Alto, Crescendo Pharmaceuticals, in Mountain View, California. He is currently a member of the Board of Directors of DURECT Corporation, in Cupertino California. He is also a Medical Advisor to the Guthy-Jackson Charitable Foundation. He was a member of the AIDS Clinical Trials Group (ACTG) at its inception, and served as chair of the Pharmacology Committee and as a member of the Executive Committee. His research has been primarily in the area of clinical investigation, with a focus on the clinical pharmacology of drugs used in patients with HIV infection with an emphasis on modeling exposure-response relationships and adherence. His involvement in clinical trials and with the pharmaceutical industry has also lead to a strong interest in approaches to improve the efficiency of the drug development process, in part by applying modeling and simulation to the design of clinical trials. Currently his interests in and activities at the foundation are in clinical studies that help provide access to drugs for patients living in low and middle income countries and in improving patient adherence drugs, thus lowering the risk of promoting drug resistant variants of HIV and of TB. Dr. Blaschke has over 180 original publications in peer reviewed journals and is an Associate Editor of the Annual Review of Pharmacology and Toxicology, and an Executive Editor of the British Journal of Clinical Pharmacology.

Terry was a dedicated member of the PhRMA Foundation Clinical Pharmacology Advisory Committee for 22 years and he recently retired this spring.