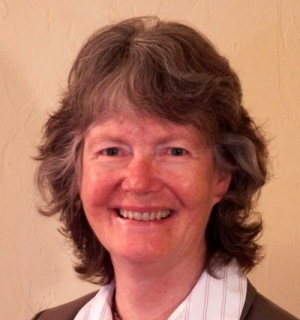 Dr. Zahniser is Professor of Pharmacology, University of Colorado, School of Medicine. She received a B.A. in chemistry from the College of Wooster in 1970 and then taught high school science in India for a year. In 1977 she received a Ph.D. in pharmacology from the University of Pittsburgh, School of Pharmacy. Her graduate research with Dr. Israel Hanin investigated drugs with the potential to increase brain levels of acetylcholine. After post-doctoral training in receptor pharmacology with Dr. Perry Molinoff at the University of Colorado, School of Medicine, and a national search, she joined the faculty there in 1981, where she rose through the academic ranks to Professor within ten years and went on to serve as Vice Chair and Acting Chair from 2003-2006 and SOM Associate Dean for Research Education from 2007-2012.

Dr. Zahniser’s research has focused largely on better understanding the brain neurotransmitter dopamine (DA) and drugs that alter its function. Initially, she studied striatal DA receptors. Her work was the first to demonstrate that DA receptor binding is influenced by guanine nucleotides and that release-regulating presynaptic D2 DA autoreceptors exist on rat striatal neurons. This work led her to appreciate the importance of the plasma membrane DA transporter (DAT) in terminating DA neurotransmission and mediating the actions of psychostimulant drugs like cocaine, which inhibit DAT. Thus, Dr. Zahniser’s subsequent research, carried out in collaboration with her trainees and other colleagues, has focused on understanding (i) how brain DATs are rapidly regulated and (ii) how DATs contribute to individual differences in cocaine addictive-like behaviors. She helped to develop a new real-time method to study DAT-mediated DA uptake and thereby discovered DAT-associated currents. She found that these currents readily distinguish DAT substrates from inhibitors and that D2 autoreceptors rapidly regulate DAT-mediated DA cell surface expression and activity. Recently, she helped to characterize a new tagged-DAT knock-in mouse that provides a major advance by allowing DAT trafficking and regulation studies to be conducted in brain tissue, as opposed to model cell expression systems. Her results support the idea that rather than being statically expressed at the cell surface, DAT levels are dynamically responsive and help to sculpt DA neurotransmission. She and her lab also developed a novel rat model based on differential locomotor responsiveness to low dose cocaine and found that lower initial drug-induced activation was explained in part by a higher basal number of DATs. Upon repeated cocaine exposure, however, lower initial activation predicted the more “addiction prone” phenotype in that these animals preferred the environment in which they had received cocaine and worked harder to self-administer cocaine. Her findings suggest that minimal cocaine-induced rapid compensatory DAT up-regulation in the less responsive animals may pre-dispose them to the longer-term neuroplasticity associated with addiction and emphasize the predictive value of taking into account individual differences in initial drug response.

Her research has been continuously supported by grants from the National Institutes of Health (NIH) since 1981; these grants include MERIT, Research Scientist Development, and Senior Scientist awards from the National Institute on Drug Abuse (NIDA). Over her career, she has mentored the research projects of 9 thesis students and 22 postdoctoral fellows and co-authored over 150 research articles, reviews and book chapters. She has been honored for her research contributions by being a distinguished lecturer at the University of Colorado; University of Pittsburgh; Loyola University; and University of Texas Health Science Center, San Antonio. In 2009 she received the Distinguished Alumna Award from the University of Pittsburgh, School of Pharmacy. Earlier this year the “Zahniser Addiction Symposium” was held in honor at the University of Florida Center for Addiction Research and Education.

Dr. Zahniser is active professionally and has lectured extensively. She has served as a regular member on two NIH study sections and editorial boards for three journals. She has served on the NIH National Advisory Council on Drug Abuse and NIDA Intramural Research Program Board of Scientific Counselors. She currently serves on three external scientific advisory boards: University of Texas Waggoner Center for Alcohol and Addiction Research, Oregon Health Sciences University Methamphetamine Abuse Research Center, and University of Kentucky Center for Drug Abuse Research Translation. She has directed and successfully renewed training grants for a National Institute on Alcohol Abuse & Alcoholism postdoctoral training program, a National Institute of General Medical Sciences pharmacology graduate training program and an American Society for Pharmacology and Experimental Therapeutics (ASPET) Summer Undergraduate Research Fellowship (SURF) program for under-represented students. She has organized and chaired several national meetings, including the Gordon Research Conference on Catecholamines. She served as ASPET Secretary–Treasurer in 2001-2002 and was selected as a fellow in the prestigious Executive Leadership in Academic Medicine (ELAM) program for women in 2005-2006. Throughout her career, Dr. Zahniser has been strongly committed to mentoring younger scientists. Thus, she is most proud that many of her mentees have gone on to have their own successful independent careers in science and that she has helped other trainees and junior faculty obtain skills and grant support that have furthered their overall scientific training and career transitions.