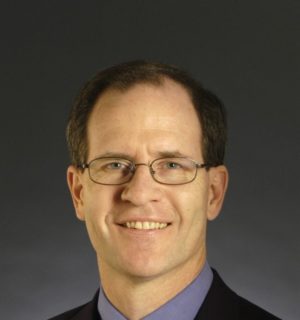 Dr. Hendrix is a Professor of Medicine, Pharmacology, Molecular Sciences, and Epidemiology at Johns Hopkins University (JHU). He is also the Wellcome Professor and Director of the Division of Clinical Pharmacology. Established in 1954, the Division of Clinical Pharmacology at Hopkins’ School of Medicine is one of the oldest in the world and has a long history of laboratory and clinical research, teaching, and service activities. Dr. Hendrix has been a faculty member of JHU since 1994, and serves as Director of the university’s Drug Development Unit, lead pharmacologist for the HIV Prevention Trials Network and Microbicide Trials Network, Deputy Director of the Institute for Clinical and Translational Research, and Director of the Center for AIDS Research Laboratory Core.

With more than 25 years of experience in the design and conduct of translational clinical pharmacology studies on antiretroviral drugs for HIV prevention and treatment, Dr. Hendrix’s contributions range from first-in-human studies to international multi-center trials. His research has been supported by the Centers for Disease Control and Prevention; the National Institutes of Health (NIH); the United States Agency for International Development; the Bill and Melinda Gates Foundation; amfAR, The Foundation for AIDS Research; and other sponsors in the pharmaceutical industry.

Dr. Hendrix received his bachelor’s degree in applied biology from the Massachusetts Institute of Technology in 1978, and his medical degree from Georgetown University, graduating magna cum laude in 1984. He completed an internship and residency in internal medicine with the Osler Medical Service, and fellowships in infectious diseases and clinical pharmacology at Johns Hopkins Hospital. Before joining the faculty at JHU, Dr. Hendrix served 10 years on active duty for the U.S. Air Force (USAF), where he directed the HIV Research and Education Program at Wilford Hall USAF Medical Center in San Antonio, Texas. While assigned to the Division of Retrovirology at the Walter Reed Army Institute of Research, he developed HIV prevention education programs for the U.S. military, United Nations Department of Peacekeeping Operations, and other militaries worldwide.

For the past 15 years, Dr. Hendrix has been immersed in HIV chemoprevention research, focusing on the development of oral, topical, and injectable formulations. His group has developed novel methods for evaluating topical formulations for HIV pre-exposure prophylaxis (PrEP) combining imaging, multi-compartment pharmacokinetics, and behavioral assessments in first-in-human studies. In collaboration with biostatistical colleagues, he developed a three-dimensional tube-fitting algorithm to convert SPECT/CT data to concentration vs. distance data, which, using multiple scans over 24 hours, describes a concentration–distance–time surface to visualize drug product relative to imaging HIV surrogate distribution in the same anatomic space to optimize product formulation development. His group has applied these methods to the early phase development of more than 20 different antiretroviral formulations for HIV prevention. In addition, as a protocol pharmacologist, he incorporated these methods to support nested pharmacokinetic–pharmacodynamic (PK–PD) designs in five of the initial randomized controlled clinical trials of antiretroviral PrEP. His group also provided essential contributions to the supplemental new drug application for Truvada’s PrEP indication. PK data from these randomized trials, combined with several smaller studies, has enabled the quantitative assessment of adherence using drug concentrations as an objective adherence measure and providing substantial interpretive power to explain broad heterogeneity of protective response across trials due to large variation in adherence levels. Subsequently, Dr. Hendrix successfully advocated for real-time testing of adherence in two additional HIV prevention studies (MTN–017 and MTN–020), thus enabling improved adherence through targeted interventions while trials were ongoing, rather than as an explanatory variable at the study’s end. His research has led or contributed to more than 184 original scientific publications, including 28 in 2016. Many of these papers were featured in leading peer-reviewed journals, including the New England Journal of Medicine, The Lancet, Science, and Cell.

For Dr. Hendrix, mentoring and teaching medical students, graduate students, and post-doctoral fellows has been a personal passion, integral to the success of his own research. In 2016, he assumed shared leadership of the NIH T32–funded Clinical Pharmacology Training Program at JHU. For the past 16 years, he has served on the Hopkins Institutional Review Board, which has provided him the opportunity to contribute more broadly to rational clinical study design. Dr. Hendrix is a recipient of the Hopkins Alumni Association Excellence in Teaching Award and the David M. Levine Faculty Mentoring Award.

Outside of his faculty work, Dr. Hendrix has served on the Food and Drug Administration’s Antiviral Drug Products Advisory Committee, the Institute of Medicine’s Ad Hoc Advisory Committee, and the National Center for Infectious Diseases’ Board of Scientific Counselors. He is board certified by the American Board of Clinical Pharmacology and has been an active member of the American Society for Clinical Pharmacology and Therapeutics for 20 years, during which time he has served in multiple leadership positions, including roles on the Board of Directors.