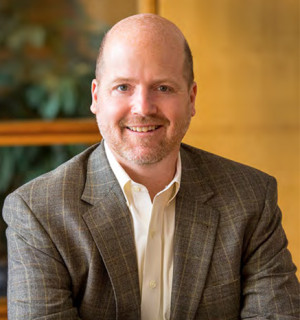 Christopher Sinko, Ph.D., is Senior Vice President of Pharmaceutical Development at Bristol–Myers Squibb (BMS). Dr. Sinko earned his B.S. in chemical engineering with a concentration in materials engineering from Rutgers University. He received his M.S. and Ph.D. in pharmaceutics at the University of Michigan College of Pharmacy.

In 1987, Dr. Sinko was awarded the PhRMA Foundation Pre Doctoral Fellowship in Pharmaceutics, which he said helped validate the importance of his research. He joined the Upjohn Company in 1989 to develop formulations for monoclonal antibodies targeting HIV, and was recruited to Pfizer Central Research to establish a materials science laboratory for developing solid dosage forms. From 1991 to 2008, Dr. Sinko held various leadership roles at Pfizer, including Executive Director of Global Materials Science, Senior Director of Analytical R&D, and Director of Pharmaceutical R&D. In 2008, he accepted a position to lead Drug Product Science and Technology at BMS. His current role spans chemical, analytical, and formulation development for small molecules and biologics, as well as clinical supplies manufacturing and distribution.

Dr. Sinko was appointed to the R&D Executive Leadership Team and tasked with facilitating BMS’s transformation from a broad-based, diversified pharmaceutical company to a focused “BioPharma” company. As part of the executive team, he helped develop an R&D strategy focused on novel immune-therapy approaches for cancer and HIV/HBV treatment and introduced new platforms, such as antibody-drug conjugates and millamolecular technology.

In 2006, Dr. Sinko was invited to lead the Product Quality Lifecycle Initiative integration team, which provided an industry response to Quality by Design (QbD) implementation. The team produced three best practice guides on the application of QbD in product development that were published by the International Society for Pharmaceutical Engineering (ISPE). Dr. Sinko served on the Product Quality Lifecycle Implementation (PQLI) Criticality Sub-Team in 2008 and the PQLI Technical Committee and QbD Roadmap Integration Task Team from 2009 to 2011. He also worked with PhRMA and the Food and Drug Administration (FDA) on a Pharmaceutical Science Advisory Committee addressing barriers to implementation of ICH Q8–Q10 in contemporary submissions.

Dr. Sinko’s research is rooted in materials science, solubilization, and the use of fundamental scientific principles in risk-based approaches to commercial technology development. He led the development of spray-dried dispersion technology, which aimed to significantly improve the aqueous solubility of drugs. Dr. Sinko also created and implemented a risk-based management process for all new products transferred from R&D to commercial manufacturing. The process, which clarifies the optimal investment required to minimize risk in new manufacturing processes, is now the basis for experimental planning across all BMS products transferred globally into commercial manufacturing. It has also been extended as the technical definition of “Design Space” per the ICH Q8 guidelines and accepted by the FDA in a pilot program for risk-based reviews of Chemistry, Manufacturing, and Controls sections.

An interview with Dr. Sinko

Q: How did receiving the PhRMA Foundation Pre Doctoral Fellowship in Pharmaceutics affect your research and/or career development?

A: It helped validate the importance of my research in the field of pharmaceutics. Not having undergraduate training in pharmacy, this was important to me.

Q: What is your advice for a young scientist planning to pursue a career in industry?

A: Focus on the scientific fundamentals. You always go back to them to solve the myriad problems you will face in industry.

Q: How do you think implementing Quality by Design can improve drug development, manufacturing, regulation, and health care overall?

A: QbD does two things, among others. First, it clearly ties the objective, identified in the target product profile, to the experimental components of the product development plan, and it raises the value of quality in the plan. The latter is important because there are myriad competing voices regarding the design of the product. Second, it embeds risk-based decision making in the development and manufacturing of a product. From a development perspective, it helps the scientist focus on where the greatest technical risks are [and remove those risks]. From a manufacturing perspective, it helps the manufacturer focus its control strategy on the areas of greatest manufacturing risk (as opposed to everything). From a regulatory perspective, it provides a transparent dialogue between innovator and health authority and helps focus that dialogue on the areas of greatest control risk. From an overall healthcare perspective, it helps ensure the product can be reliably manufactured and delivered to the patient.

A: Creating opportunities for all colleagues who want to do (and do it) better.